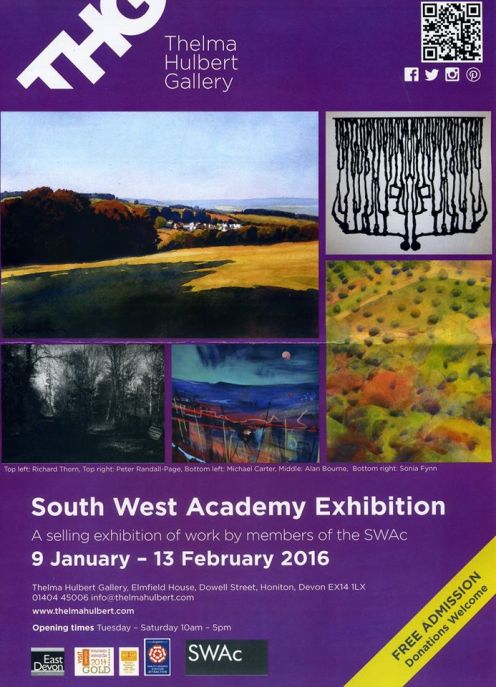 This exhibition was on display at the Thelma Hulbert Gallery in Honiton in January. I visited with a question in mind: “How do these works represent movement, or stillness, to me?”

I looked at each work with this question in mind. This was prompted by my research into the artist Paul Nash, Eric Ravilious, J M W Turner, Jessica Cooper, Arthur Melville, which is documented in other posts in this Part 3 of Drawing 1.

There were single works of 38 artists, hanging in the white-walled rooms of the ground floor. Of these I will discuss some, in relation to my question.

All the images shown are taken from an online source of the exhibition catalogue.

I have read and am beginning to recognise that movement depends upon the quickness with which the mark is made, whether it be a mark with paint or a brush. All these works are oil paintings, with only 2 watercolours. The other mechainsim for depicting movement appears to be the direction and manner of application of the mark. I hope that these principles will be illustrated in the following examples. 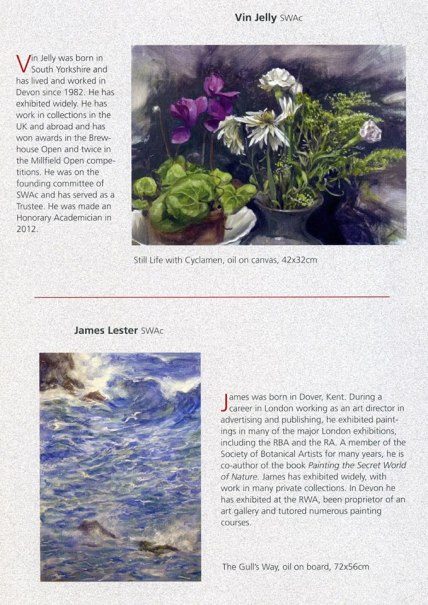 The movement in the lower image, a painting by James Lester is created with sweeps of the brush and use of white highlights. 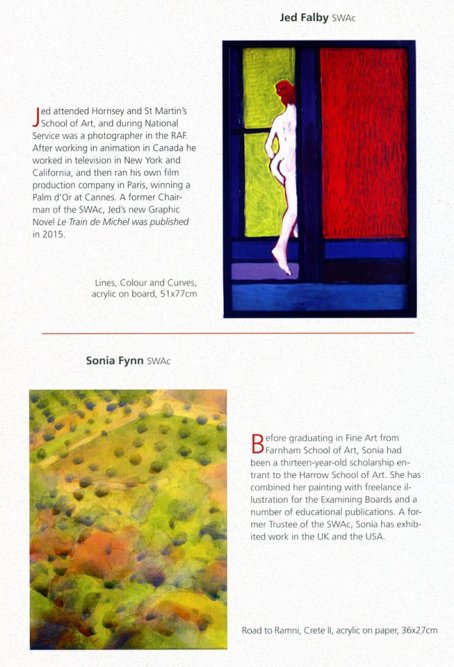 In the painting above by Jed Falby,  although the figure is supposed to be moving, from her posture, it feels as if she has been captured in a split second of stillness. I think this is because the lines are vertical and horizontal, the colours are mostly blocked and the brush strokes are in the main, linear. 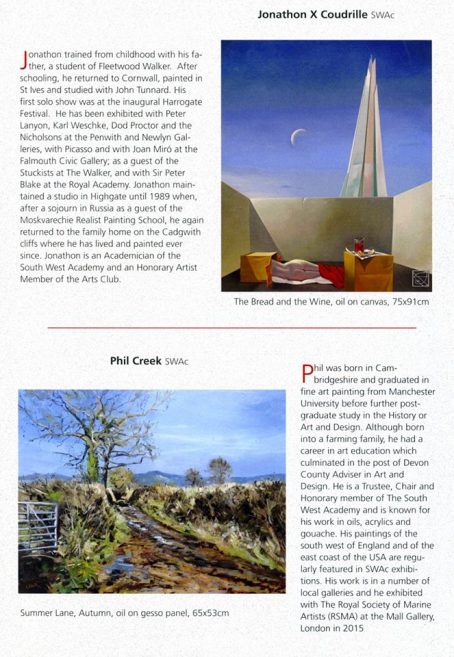 The absolute stillness in the painting by Jonothon X Coudrille is acheived by the smoothness in the application of the paint, so that there are no visible brush marks. In fact I wonder if a brush was used at all.

Peter Mallinson paints figutatively. In the work Acrobatic, I felt that although the subject was of a movement or pose which was dynamic, the painting itself is static. I think this might be because there are lines around all the edges of the figure and drapery which hold it in the space of the picture plane. 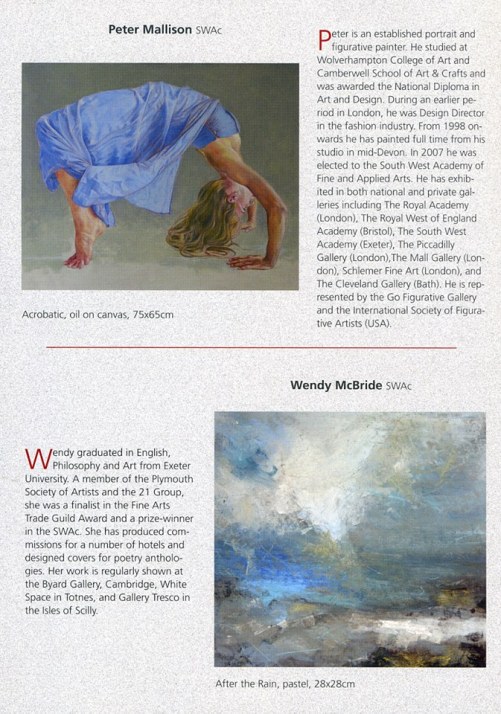 In contrast, the work by Wendy McBride After the Rain  has great movement in the use of the pastel application, which is varied in direction of strokes, with scratching out abd scraping.

It was useful for me to approach the exhibition in this way, with a question in mind, particularly as the exhibition was not “themed” but a show case of some the SWA artists.